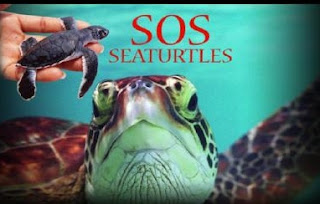 Underwater photographer, author and filmmaker Kurt Amsler has been on many expeditions all around the world and apart from highlighting the beauty of the ocean and its creatures, he soon became aware of the many problems many species are facing and he has become a great voice for animals and uses his fame to highlight and campaign against the wrongdoings in many countries.On WILD TIME Kurt talks mainly about the Sea Turtles in Indonesia and elsewhere and about the non-profit organisation SOS Seaturtles he founded in 1985. He gets into the nitty gritty of things and gives clear advise on what to do to help the endangered sea turtles.

Of course the conversation also touches on sharks, feature-length documentaries and more.

SOS Seaturtles
Occupy for animals
Posted by TJ at 4:58 PM