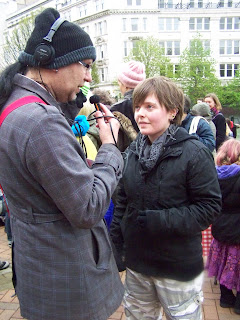 The World Day For Animals In Laboratories march happened at Birmingham's Victoria Square on April 28th 2012. Wild Time came along to capture the essence of the event and to talk to organisers and activists about the horror of vivisection and the efforts to put a stop to this. CLICK HERE FOR PART I / PART II
Posted by TJ at 12:05 PM No comments:

Wild Time Radio talked to Abdul Haseeb, editor of the Irish Muslim Magazine, about animals in Islam and how the teachings of the prophet dictate how they ought to be treated. Visit the Irish muslim magazine HERE LISTEN HERE
Posted by TJ at 8:26 AM No comments: 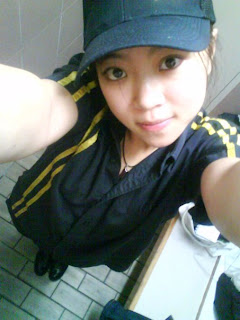 Xianyhi zhi is a young Chinese woman currently living in Sydney. Her 'English name' is Sarah and she is in contact with animal rights groups in and around Harbin. The conversation touches on many things, mainly on education (or the lack of it) and how many Chinese view dogs. It also shows how difficult it can be for people to get through to people. LISTEN HERE
Posted by TJ at 5:07 AM No comments:

Eyewitness report from Harbin in China about the dog height restrictions

Many dog owners in Harbin/China are worried about a possible height restriction that could affect their dogs and probably mean the death of their beloved pets. Wild Time talked to Miss Ja/Alice, a lady with a big dog, who lives in downtown Harbin. LISTEN HERE
Posted by TJ at 5:09 AM 1 comment: 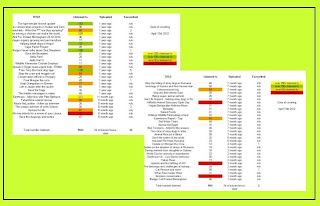 We started using Mixcloud as our podcast place of choice in autumn 2010 and a closer look revealed that our uploaded pieces have been listened to 3422 x in total so far.

Interviews were being favourited 18x so far.

The most favourited piece is "FREE TONY , the truck stop tiger".

Here's our TOP 5 of the most listened to interviews:

01. How saving a chicken can make the world listen up 229 times listened to

Of course statistics are justs statistics and newer pieces hae had less of a chance to garner a larg listenership but it is nintheless interesting to take a closer look at how Wild Time is shaping up
Posted by TJ at 12:43 AM No comments: 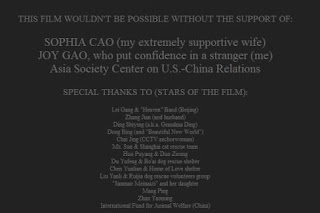 SUPPORT NEEDED: Director Michael Zhao just sent his new film "Pets Republic Of China" to Wild Time including permission to screen it and we are now looking for venues, a laptop and a beamer and screen as well as someone who could make us posters after we have found said venues. We would like to start in and around the West Midlands first before moving on to farther away places. Any help welcome!!!

An interview with Michael can also be found HERE
Posted by TJ at 12:56 PM No comments:

It is perhaps fair to say that most people's "education" about bats is limited to what they have heard and seen in horror movies. How important and beneficial bats are to human life is not really known to a wider audience.

Listen now
Posted by TJ at 5:27 PM No comments:

Fukushima revisited - how 'Animal Help Niigata' helps those in need 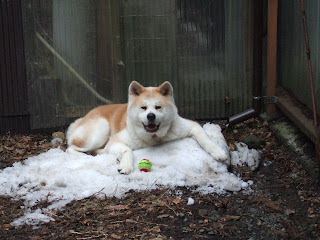 Animal Friends Niigata is a small group set up in 2008 by Isabella Gallaon-Aoki, a long-term resident of Niigata, caring for and re-homing some of the many unwanted animals found in Niigata Prefecture and in other parts of Japan.

Isabella and her team are rescuing and care for many animals from the desaster area of Fukushima.

This conversation highlights Isabellas work and has a look at what is going on in Fukushima at this point in time.

LISTEN NOW
Posted by TJ at 9:33 AM No comments:

Rescuing animals in the nick of time

Wild Time's Thomas Janak in conversation with Jenny Cranwell from "Nick Of Time", which was created primarily to help rehome animals that are in rescues throughout the UK.

Nick of time asks people who are looking for pets to consider going to a rescue, and not just the BIG rescues. Many small rescues are running just around the corner from you.

They also try to help people who are considering rehoming their pets to work out a way that they may be able to keep them.

But it doesn't end there. They are also helping rescues as they aim to help rescues by listing their animals on their site, searching to find people to rehome their animals too.

Finding people to fill in the roles you need;
Homecheckers, transporters, fosterers anything you need.

This piece will also be aired globally via www.tcrfm.co.uk on Thursday, June 7th 2012 from 10pm GMT
Posted by TJ at 2:28 PM No comments:

Against all odds - rescuing animals in Vietnam

While some wildlife is protected under Vietnamese law, stray animals are certainly not! Wild Time talked to Hong Dong Truong from a Vietnamese rescue organsation who are doing all they can and more to ensure a better and safer life for the animals that are living on the streets

Find Hong on Facebook
Posted by TJ at 4:38 AM No comments: 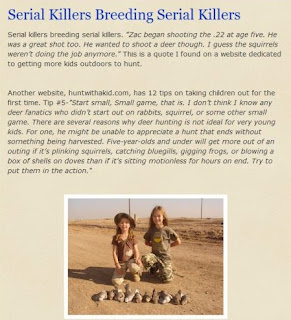 Wild Time talked to animal rights activist Shannon Wright whose blog exposes hunting for what it is: an activity that brings suffering and death to innocent sentient beings. But Shannons blog is different in that it also emphasises on woman hunters and even contains a "most vile" countdown. It also touches on 'hunters vs.serial killers'.

Shannon on facebook
Posted by TJ at 5:02 PM No comments: