Free Morgan the Orca - in conversation with Jean-Michel Cousteau and Dr. Ingrid Visser 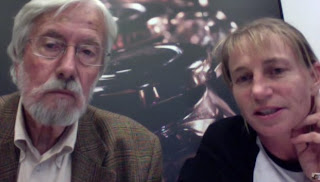 In June 2010 a lone female orca calf was captured from the Wadden Sea, off the northwest coast of the Netherlands, under a rehabilitation and release permit. She was emaciated and dehydrated. The Dolfinarium Harderwijk took this orca, whom they named Morgan, to their facilities in order to administer medical health care. They weren’t allowed to display her to the public and she was to be prepared for reintroduction back into her natural habitat. Unfortunately, this isn’t what happened.

Morgan currently languishes in Loro Parque, a privately owned entertainment park in the Canary Islands. She is used in shows and is abused by the other orca at the park. Yet, there is strong evidence that illustrates that Morgan is a suitable candidate for release back into the wild.

The next hearing about her ongoing courtcase is scheduled for tomorrow, November 1st.

LISTEN HERE to what is happening and how you can help!!

Visit the Free Morgan Foundation HERE
Posted by TJ at 9:29 AM No comments:

Training dogs and their owners the positive way

Jayne Matthews is a qualified dog trainer and dog behaviourist and talked to WILD TIME's Thomas Janak (himself a holistic animal healer and pet psychologist) about dog behaviour, training methods and more. Here you can hear advise on overcoming your fear of dogs, how to teach children how and when to approach dogs, what to do when a baby is due and you are concerned about the dog's response to the new family member and more.

Visit Jayne here
Posted by TJ at 8:55 AM No comments: 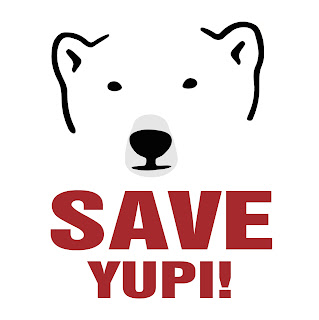 For 20 years now arctic bear Yupi has been living in isolation, in a roofless enclosure at the Morelia Zoo in Mexico. The International Save Yupi Coalition, together with many international NGO’s. is trying to change Yupi’s condition and are also prepared to relocate him to a better place where he has a richer life and better care. The Morelian Zoo, it seems, doesn’t seem to think that Yupi would fare better someplace else though. 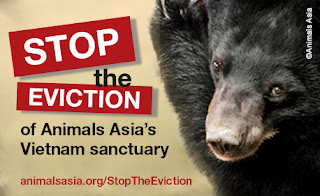 On their website it says: ‘Founded by Jill Robinson in 1998, Animals Asia Foundation is devoted to the welfare of wild and urban animals in Asia. We also work towards the conservation of endangered species


At present, we have around 250 rescued bears at our sanctuaries in China and Vietnam and over the years, we’ve rescued a total of 350 bears. In China, we’re working with conservation leaders in Beijing as well as forestry leaders in individual provinces to close down farms and make whole provinces bear-farm free. So far, we’ve closed down 43 Chinese farms and seen 20 of mainland China’s 31 provinces become proudly bear farm-free. We also work to reduce the demand for bile in Asia by promoting affordable, effective and cruelty-free alternatives’

Animal Asia founder and CEO Jill Robinson talked to Wild Time’s Thomas Janak about the bile farming as well as about a current crisis as their samctuary in Vietnam is threatened by an eviction notice.

This is an informative and important conversation that also includes ways of helping Animals Asia and supporting them in their struggles.

Listen to the interview HERE

Visit Animals Asia HERE
Posted by TJ at 6:03 AM No comments: 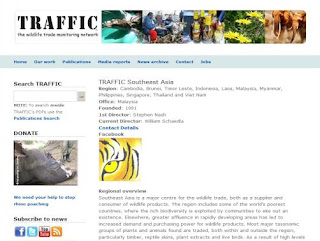 Southeast Asia is a major centre for the wildlife trade, both as a supplier and consumer of wildlife products. The region includes some of the world’s poorest countries, where the rich biodiversity is exploited by communities to eke out an existence. Elsewhere, greater affluence in rapidly developing areas has led to increased demand and purchasing power for wildlife products WILD TIME in conversation with TRAFFIC  South East Asia's Elisabeth Lisa John about the illegal wildlife trade .

LISTEN HERE
Posted by TJ at 6:58 AM No comments:

In August 2012 WILD TIME talked to activist Dina Zuflikar about the dreadful governmental Zoos in Egypt. Now, there is even more trouble in Egypt from smuggling falcons to Bahrain to selling monkeys to anyone who is interested, from battling the authorities to lack of support ... Wild Time caught up with Dina again to highlight the latest devlopments

LISTEN HERE
Posted by TJ at 6:28 AM No comments:

Paul Mahony is a member of the Bayside Climate Change Action Group in his native Australia and has published over fourty papers on Climate change and its impacts. WILD TIME caught up with him to explore possible new solutions and more

Paul is also a member of "Melbourne Pigs Save" and we recently did an interview about cruelty to pigs.

Listen here
Posted by TJ at 8:09 AM No comments:

Surajan Shresta, founder of the 'Animal Rights Club' in Nepal , who is working closely with
"Voices For Change", is fighting for the abolition of ritualistic slaughter of animals during religious festivities.

With "Dashain" just days away their plan and aim to abolish animal abuse needs to be heard. WILD TIME caught up with Surajan to hear about their campaigns and more.

Visit the animal rights club on facebook
Posted by TJ at 1:23 PM No comments:

Exposing the cruelty to pigs in the food production system 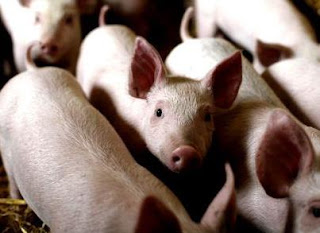 Wild Time in conversation with Paul Mahoney from "Melbourne Pig Save", whose aim is to highlight and expose the cruelty and mutilation that is happening to pigs all over the world.

Pigs are the most eaten animals on the planet (statistically) and stand for 36% of the planet's meat intake (source: Quora.com) yet they are among the most intelligent and social beings on earth.

Visit Melbourne pig save on facebook
Posted by TJ at 6:40 AM No comments: