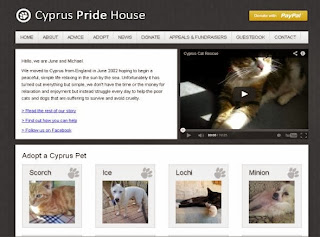 British couple June & Michael moved to Cyprus in late 2001 looking for a quiet life and relaxation. Instead they found an ever growing population of stray dogs and cats. Meeting these problems head on they have founded the Cyprus Pride House and are now helping (spaying/neutering/re-homing) as many animals as they possible can.

Michael talked to WILD TIME about the situation on the island.

Listen here
Posted by TJ at 1:04 PM No comments: 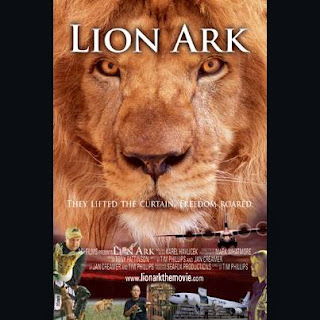 LION ARK follows follows the world's most ambitious and daring animal rescue, with a narrative compiled from film, interviews, conversations and reactions as events unfolded. How attitudes were changed in Bolivia, illegal circuses pursued and closed, and 25 lions airlifted to freedom.

Described as the 'feel good movie of the year' and already honoured with an "audience choice for best documentary" award, LION ARK is destined to have an impact.

WILD TIME's Thomas Janak spoke with film producer Jan Creamer, a compassionate lady who also happens to be the president and co-founder of Animal Defenders International.

The conversation focuses on the rescued lions, legislation, activism and people-power.

A must listen episode of WILD TIME.

LISTEN HERE
Posted by TJ at 9:36 AM No comments:

On www.stopcrush.org things read like in a Stephen King novel: "For those who do not realize, animal crush video does indeed, exist. The videos generally feature, but do not limit themselves to, small live animals, such as kittens, puppies, mice and bunnies being slowly tortured in the most horrific ways imaginable.They are burned alive, cut with pruning sheers, nailed to the floor, skinned alive, beaten, stabbed and most often, they have their limbs crushed and broken, just to invoke more screams of agony.The majority of these videos share a common theme, the animals are incrementally crushed by scantily clad women in high heels..." - But this is reality and STOP CRUSH are doing all they can to stop the cruelty. WILD TIME talked to Marla Stormwolf - Patty and Anthony Damiano at length about the crush industry and more.