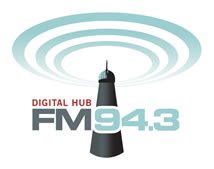 With over 300 shows under our belt and a lot of life left in us, we thought it would be awesome to look for some pretty old shows from way back when.

And we found three shows from the early days in 2008. They were shows six, seven and eight and were first aired on Dublin's Digital Hub FM, where the show premiered on february 15th 2008.