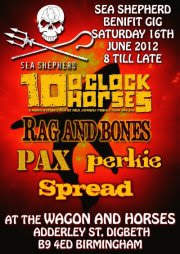 On Saturday, June 16th a benefit gig in aid of the SSCS took place at the Wagon 'n' Horses in Birmingham where six bands gave it their all to support Paul Watson and his great team. This two parter is over 100 minutes of sheer energy - IF YOU LIKE IT LOUD, that is :-) 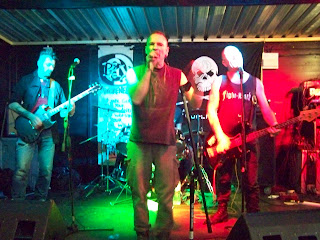 The two-part program consists of conversations with some of the performing artists as well as people in the audience. Even though they didn't stay all night we still managed to capture some of the performances of Pax, Spread and Rag and Bones. The show also features an interview with "Alcohol Licks" as well as a track from their album "It's not Punk! ... They say". 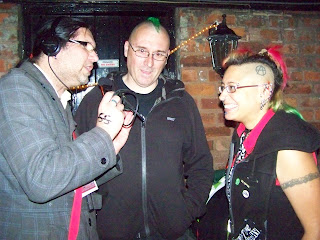